The fodder of cocktail party conversations, everyone has had, or knows someone who has had, a horrible experience with a contractor and is happy to share it. What homeowners often don’t realize is that the traditional Design – Bid – Build process is inherently flawed and that they may have inadvertently contributed to creating their own horror story. When Lynn 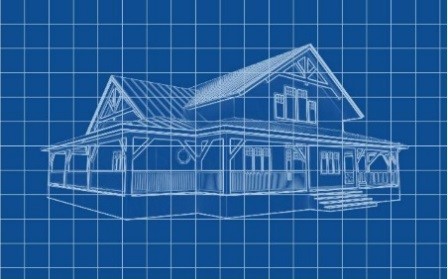 Hammerschmidt moved from the corporate world 18 years ago to join John in his booming remodeling company she set out to learn more about construction and before the end of the first week, she said it became clear that something was terribly wrong. Read more of Lynn’s account and find out how to download a PDF Guide on how to avoid your own remodeling horror story.

“Shocked at how poorly we were treated, we found that many customers and potential customers assumed that they were smarter than we were and gave no value to our experience in remodeling. They assumed we were trying to rip them off and that they could decide, even after they had agreed on a price, that they did not have to pay the amount to which we agreed, and that we did not need to make a profit to stay in business.

While most of our relationships with customers were not stressful, there were enough to warrant a review of how these came to be and in so doing it became clear that the whole process of remodeling was broken. Continually presented with beautifully-drawn sets of plans and asked to estimate them, we spent countless (unpaid) hours creating accurate estimates only to see the look of shock on the homeowners’ faces as we presented the estimate. They told us that they discussed their budget with the design or architecture firm who drew the plans. They asked why we were “so expensive.” When we explained that our estimate was a reflection of the cost of constructing the plans as drawn and it was not what they wanted to hear, one of three things happened:

We even found statistics that showed 75% of plans are not built as drawn or never built.

We often lost projects to companies that we knew were underbidding to get the jobs – knowing they would try to make it up throughout the job with change orders, or who had bid jobs lower than we could because they did not carry appropriate liability or workers’ compensation insurances. As the “Bearer of Bad News” we were in a no-win situation. More than a few times, we got a call from a homeowner, after the fact, who said: “We wish we had chosen you, you told us the truth.” While it felt good to hear that someone realized we had been straightforward with our quotation, it didn’t change the paradigm. And, it just didn’t make sense for everyone concerned.

Download a free PDF copy of the entire article by clicking on this link 10 Lessons Learned.

For a step-by-step consumer guide to remodeling visit NARI

Open to the public, this self-guided tour showcases the finest residential architecture in Silicon Valley. Each house on the tour is designed by a local area architect and was completed within the last five years. Houses are chosen to showcase a variety of design styles demonstrating that excellence in design is not limited by size or dollars. The dwellings feature cutting edge, modern environmentally sensitive residential design, with a focus on sustainable features that demonstrate the wealth of talent possessed by our area’s best architects.

Back by popular demand, the always-popular Dwell Home Tours makes its way back to Silicon Valley this year. This home tour provides an opportunity for design seekers to immerse themselves in “Dwell-like” domestic spaces found along the peninsula. These unique homes are specially selected by Dwell to reflect the rich diversity of livable, innovative modern architecture and design in the Silicon Valley area.

There are no comments yet, but you can be the first